Big Tech, the Robber Barons of our Time 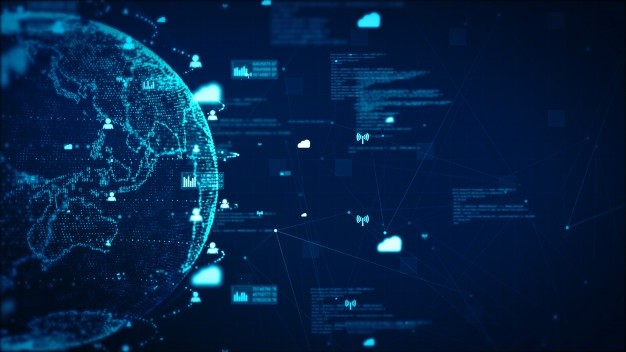 Instead of steel and oil, information is now the most important commodity, where different types of data are produced by different big tech companies. While Facebook and Google have access to the data of our personal life, Amazon owns the data on our consumption patterns. With ample similarities to the 19th century industrialists nicknamed robber barons, one could question not whether, but when the government is going to interfere in the tech industry, if that is still a possibility. This given the fact that big tech has interfered in our elections prior to any talk about regulating the industry.

Let’s start with the little reimbursement people get for their data, rendering us the poorly paid proletarians with sadly no union to defend the standard pay. Sure, social media might be free, but to what end is that equal to the amount our data is worth. The fact that big tech is a trillion dollar industry might hint that data as a commodity is more precious than we might now assume. Compared to Chinese labor circumstances the technocrats have caused, we are on the comfortable side of the bargain, given that it wouldn’t be that far of a stretch to compare their labor circumstances to that of the proletarians in the 19th century.

Because of their monopolies they have also taken the form of robber barons that occurred much earlier in time, not the ones who bought the title with their vast wealth from their factories, but the feudal type demanding a toll from merchants traveling on the Rhine in the 13th century. Just like these feudal lords, the current tech giants demand obscene commissions on their advertisements. Their customers don’t really have a choice, given that they either pay, or are rendered non-existent in the digital realm.

Because of their vast influence and knowledge, they do not only treat their laborers and customers poorly. Similar to circumstances in the 19th century, they have also been interfering in our democratic elections. Instead of donating a couple of hundred thousand to their preferred party, they instead use their power of advertisement to influence voters, rendering the party, and the democratic system as a whole, irrelevant. If you can alter a person’s thoughts through, dare I say propaganda, the voting standards don’t seem to matter as much.

To what end shall these circumstances continue to be tolerated? Will we see our rights be expanded, though amending such fundamental rights is a treacherous path, one could argue that our data is as much a part of ourselves as any traditional component. Furthermore, an association defending these right might not be such a bad idea, given that “the people” currently have no voice within the debate. Besides giving people a voice, this modern type of union also has another advantage, namely the power to organize a certain repercussion if big tech doesn’t meet their demands.

Will we see the sector being fragmented, as was the case with Standard oil in the late 19th century. Currently it doesn’t look that way. Although there are certain politicians stating they want to change the tech sector, it is not a relevant enough point on their agenda to be enacted if they get elected. Will the circumstances be altered in China? since most of our greatest expansion eras incorporate a certain type of slavery and/or poor labor conditions, the chances of that happening look slim to none. And last but not least, what can be done about the interference of big tech in our elections?

Whether the government can do anything about big tech is the truly relevant question, given that elections have been altered by big tech before. Whatever the answer may be, we can certainly conclude by saying that the problems related to big tech are far from being resolved.