The Death of Corporate Darwinism 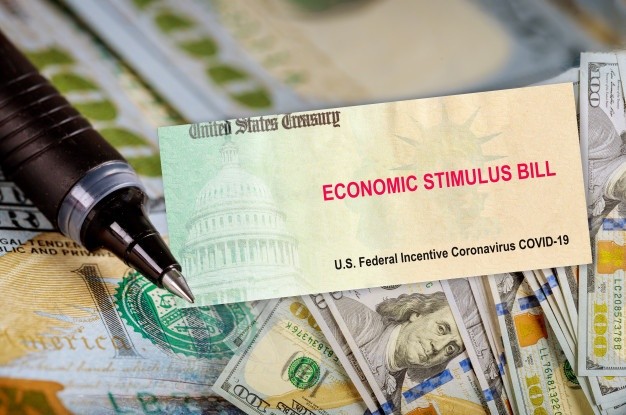 The effects of the current pandemic are unprecedented. Unemployment is hitting record levels in the US, and retail sales figures which were published last week showed new historic lows. Meanwhile, the NASDAQ is up YTD, as investors flee into equities. Why? Because there is nothing left in bond paradise. The Fed is using its full arsenal of weaponry and has even invented a new weapon: the purchase of high yield corporate debt.

Back in March, the Fed announced it would be stepping into new territory by buying high yield corporate debt through ETFs. Of course, the Fed is not doing this itself, because this course of action involves buying assets that the Fed is not allowed to buy. Legally, the Fed is only allowed to buy government backed securities, like T-bills. However, a little more than a decade ago, the Fed found a loophole to ‘legally’ buy corporate securities, which it does by using a so called Special Purpose Vehicle, or SPV for short. The Fed sets up a Special Purpose Vehicle, to which it lends out money. The SPV then buys corporate securities on the market. It’s a little bit like a 16-year-old asking a 21-year-old to buy liquor.

The Fed announced this SPV would not just buy any type of high yield (or junk) debt, but only that of fallen angels (which are companies that were investment grade before but are now downgraded to junk status due to the effects of the coronavirus). This makes it seem a little less risky, but still, this is uncharted territory for the Fed. This has never been done before, and nobody knows what the effects will be in the long term.

When the Fed made the announcement, several high yield bond ETFs skyrocketed (such as Blackrock’s HYG) and yields immediately started to narrow. For instance, the yield on a Ford bond maturing in 2031 decreased from 13% to 9,3%. In a way this was a genius result. The Fed got exactly what it wanted without having to lift a finger. Its ultimate goal is to provide liquidity in debt markets, to ease borrowing costs for companies that might find themselves in distress because of the coronavirus effects, as is the case for many companies. Just the announcement was enough to jumpstart the markets. As of last week, the Fed’s SPV also came into action.

Surely, all this intervention by the Fed has to be the reason markets are doing so well, despite of the depressing record numbers that are thrown in our faces every week. As such, many investors are probably quite happy with the Fed. Yes, there has been a major sell-off, but only one that made the S&P 500 go down by 33%. It could have been much worse, like the bear markets that followed the Great Depression or the 2008 Financial Crisis, even though the economic effects of the current crisis are projected to be much worse than any other historic event. Besides, while the S&P 500 initially lost 33%, it has since regained about half of the drop, being down only 16% from its high at the time of writing. One can only imagine what the effects would be if the Fed had not intervened the way it did.

Still, not everybody is content with what the Fed is doing. One phenomenon that has arisen in the last decade is the case of the ‘zombie company’. These are companies that have no real reason to exist and should’ve gone bankrupt a long time ago, because they don’t add enough value. The reason they have not done so yet, is that borrowing costs are so low, that some companies are able to sustain themselves by borrowing to survive. The fear is that recent Fed interventions might create even more of these companies.

Don’t get me wrong, I get that a lot of companies are in desperate need of support, most of them are probably great and really add something to society. However, the Fed is not selective in which of these companies get funded and which ones don’t, and to be fair, this is not doable, or fair for that matter. But that doesn’t change the fact that some of these companies would probably be better off out of business, when looking at the bigger picture. Instead, the Fed is now turning those that maybe should have gone out of business into zombie companies. Of course, this is not the case for every company – there are probably a lot of value adding companies among those fallen angles – but still, some of these newly created zombie companies don’t add anything, and to be brutally honest, it would be better if they made room for new, innovative companies. A crisis like this one is the perfect moment to let Darwinism do its thing, which is putting those that don’t fit out of business, so that other companies can thrive. Instead, companies are on Fed life support now, making the need for adaptation to economic environments less viable.

Aside from the zombie company issue, there is the issue of risk associated with junk bonds. Nobody knows the true effects of this pandemic, but chances are that life will not be as it used to be anytime soon, and some businesses are not cut out for this post-pandemic environment. As such, chances are some of these companies won’t make it, despite of everything the Fed is doing. As a result, several issues will likely surface, like defaults and needs for restructuring.

It is clear that the Fed has maintained functional markets by providing liquidity in these difficult times, and in the short term this is definitely a good thing. However, the long-term effects are still unknown, and some worry that markets will eventually end up like Japan, where financial markets are completely dysfunctional as a result of too much central bank intervention. While the US is far from that point as of yet, let’s just hope that the Fed’s newest weapon doesn’t turn out to be a weapon of mass destruction.