Last Thursday we kicked off the Investment Competition and the timing couldn’t have been better, as it coincided with the high-stakes U.S. Presidential election. While incumbent president Donald Trump initially took the lead, more and more votes for former vice president Joe Biden came in as mail-in votes were counted. Biden then overtook president Trump in various states, including key battleground state Pennsylvania, which up until 2016 had been a blue state. When the election eventually drew to a close, Joe Biden had won both the popular and electoral vote, putting him on track to become the 46th president of the United States.

Global equities consequently surged to record highs, with the MSCI All-Country World index edging closer towards 600 by reaching 595.98, surpassing the previous record by a meagre 0.12% . Part of the reason for this surge could be that while Biden has won the presidential election, the status quo is essentially maintained. Neither republicans nor democrats have been able to secure a decisive victory in the congressional elections which coincide with the presidential election. Which means that as of today, no party holds a majority in the senate or house of representatives. This severely limits the ability of president-elect Biden to push new legislation in the future as house and senate republicans have proven unwilling to negotiate and provide support for bipartisan initiatives. More far reaching policy changes such as Biden’s proposed New Green Deal, which would require congressional support, will therefore have a hard time being passed, which could impact Investment Groups that choose to invest in Green energy.

Note that in the future rankings will be determined by the M^2 formula and not by absolute returns! 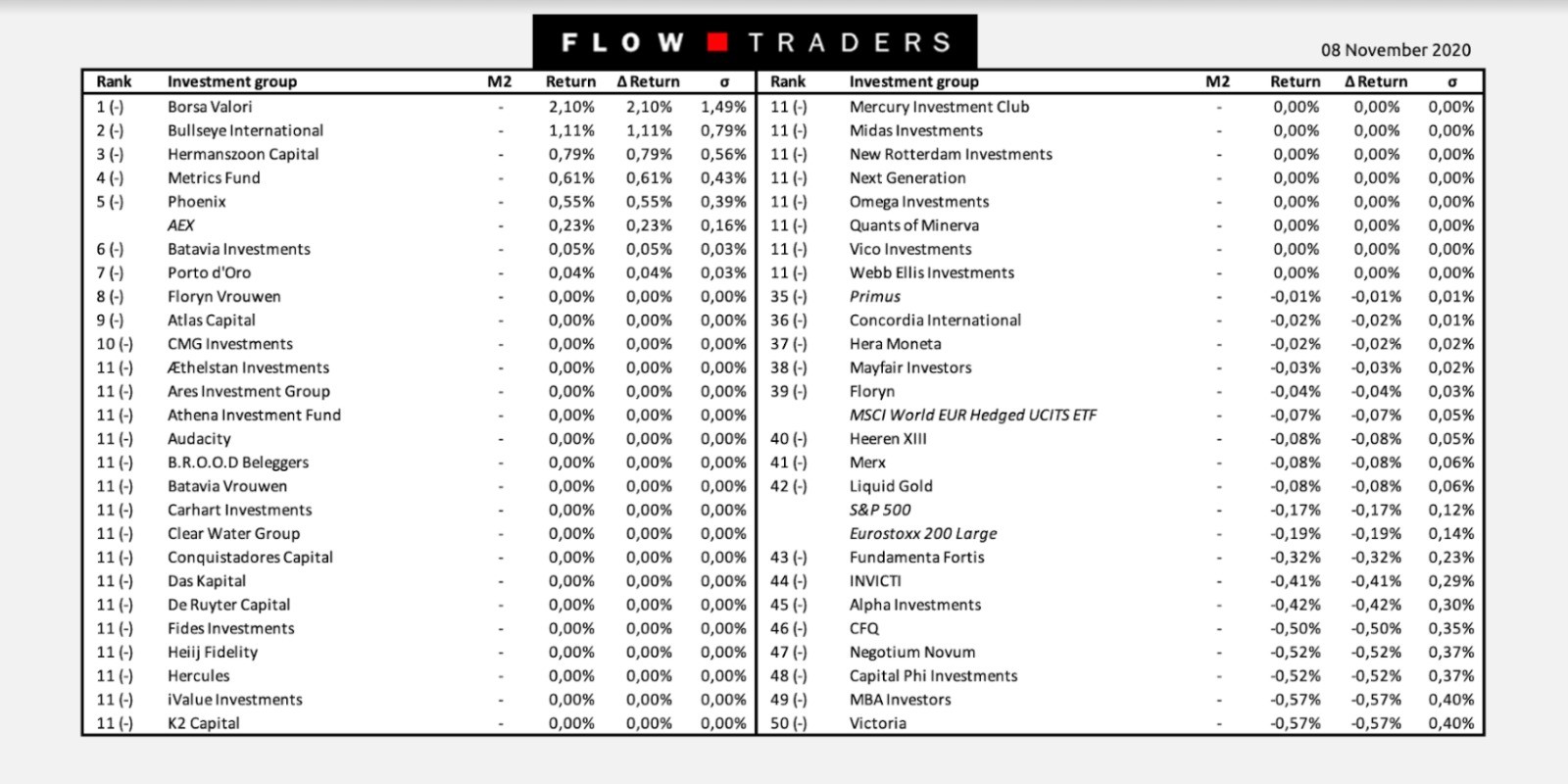