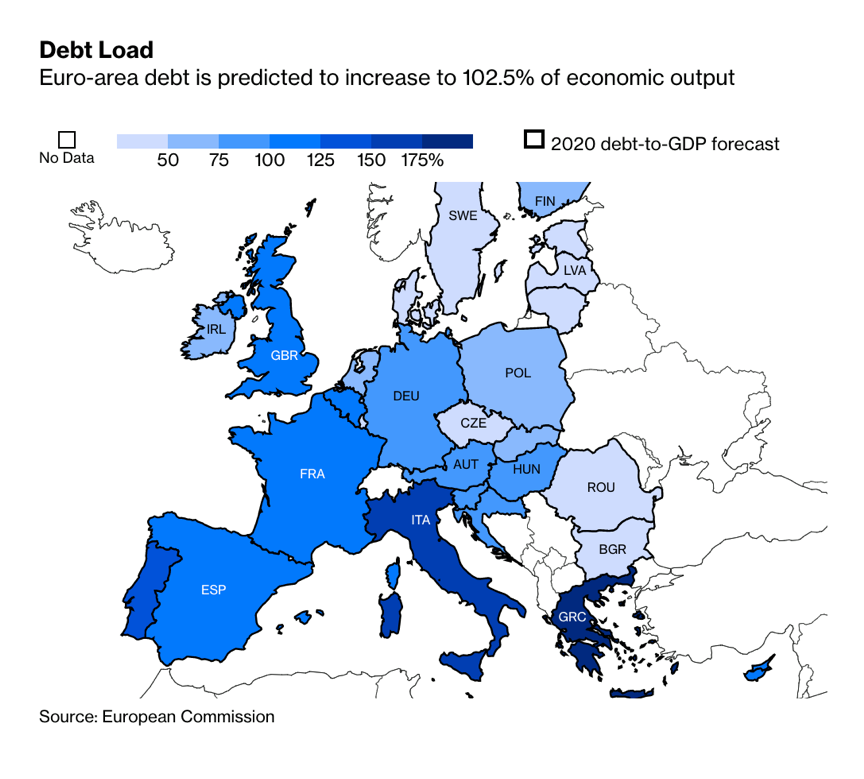 Since Covid-19 has started, the dominant monetary policy seems to have changed. Where in the past austerity was in vogue, European economies are now being flooded with all kinds of aids. Consequently, European countries have seen their debt levels rise to unprecedented heights. In this article, we will try to have a look at how this debt could be repaid.

A few solutions are at hand. First of all, the debt could be repaid through economic growth. This seems to be relatively utopic as European growth rates have been very low for the past decade. Another solution is in line with the monetary policy of the aftermath of the 2008 financial crisis: a large austerity plan. Such a plan would probably be rather impopular as austerity led to few economic benefits and a reduced quality of life for a lot of people. Otherwise, new tax regimes could be envisioned. While this could possibly slow economic growth, a fair tax regime would help tackle the debt burden. According to Thomas Piketty, raising wealth taxes has shown to be successful in reducing public debt and economic inequality.

One solution is proposed in a letter by a consortium of 150 economists from 13 European countries. They claim that the European debt should be cancelled much like the debt of Germany was after World War 2. Their idea is fuelled by the fact that the European Central Bank (ECB) is currently holding 25% of the European debt. They suggest that the ECB should strike a deal with its member states to cancel the debt and in turn make the countries invest the saved amount in the financing of a social and ecological transition. Indeed, the economists believe that the current fundings on these subjects are not sufficient and that repaying the debt would only diminish the amount available reducing these negative impacts.

Unfortunately for them, Christine Lagarde, the president of the ECB, has recently said that cancelling the debt is impossible. She says that debt cancelling would be a violation of European treaties stipulating that the ECB is not allowed to finance its member states. The consortium of economists say that cancelling debt is not explicitly mentioned in the treaties and that as such with political will it could still be achieved.

Christine Lagarde also stipulated that the European debt levels would be managed on the long run. She believes that the European Union will be able to escape the debt burden through investments in sectors that will create jobs and boost the economy. The issue is not over yet and will probably be fiercely debated  at the European Parliament in the near future.

Find the letter from the economists here: