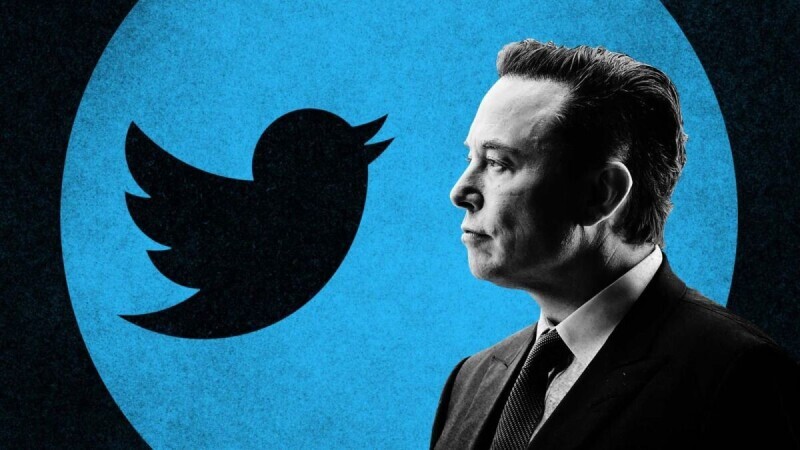 It has been a tumultuous time for Twitter, amid Tesla CEO Elon Musk’s acquisition plans. Share prices have decreased by 25% since the end of April and uncertainty clouds the social media platform’s future and who is to own it.

In April, Elon Musk started the process of acquiring the company. His reasoning seems nearly transformational. Declaring to be a champion of free speech, he wishes to decrease the self-prescribed censorship on the social media platform. The fact that Twitter has had disappointing cash flows for years, did not faze him. Through shifting focus from advertising to subscriptions and data licensing, he wishes to quintuple revenue by 2028. One of his proclaimed actions is to unblock Donald Trump. The former U.S. president was forced to leave the platform upon revision of his account. Twitter stands by their decision to block him as they state that the risk of further provocation of violence was too high. Additionally, Musk also aims to enhance cyber safety on the social media platform.

As mentioned before, his desire to acquire Twitter looks aspirational. Zooming into his $288.4 billion fortune, Twitter seems a unique addition. Musk’s wealth is highly concentrated in Tesla’s shares and options. Not owning much real estate either, Tesla’s stock value is what makes Musk one of the richest people in the world. Speculations swirled that Musk aims to create one overarching company, where his other businesses, the Boring Company, Space X and Neuralink, would increasingly be linked to Tesla. The acquisition would put Twitter in the mix too, creating unnerving responses from competitors who worry about privacy and their consumer targeting on the social media platform. Since the talk of acquisition, Tesla shares have decreased by 35%. The current global economy also led to announcements of staff cuts, which led to a 9.2% decrease in Tesla shares.

Twitter was not immediately swayed to sell to Musk. Next to countless negotiations, Twitter stated that they would implement a poison pill strategy. This entails a defense strategy to prevent an acquisition. Musk owned a 9.2% stake in Twitter and if he were to increase his stake by 15%, Twitter would flood the market with new shares. The number of stocks in circulation would increase, decreasing the stock price. Additionally, Musk would be excluded from purchasing discounted stocks. However, on April 15th, Twitter announced that it accepted Musk’s offer to acquire the publicly traded company, valuing the platform at $44 billion. Behind closed doors, Musk was endorsed by Twitter’s former CEO Jack Dorsey. He also stated that if the board were to disagree, he would sell his 9.1% stake. Consequently, the deal was accepted by the company’s board on April 25th .

To cough up the $44 billion valuation, Musk had to sell at least $8.5 billion worth of Tesla shares. He also secured funding from 19 investors, racking up $7 billion. The valuation comes down to a share price of $54.20.  Those familiar with the billionaire’s antics, may recognize the link to “420”, a number that refers to the worldwide “holiday” for (smoking) cannabis. Musk used the same number in 2018, showing his strange sense of humor when he tweeted that he had secured funds to take Tesla private at $420 a share. Following this statement, he faced fines from the Securities and Exchange Commission (SEC), who sued him for misleading statements.

Moreover, the SEC requires that a shareholder discloses whether they hold a 5% or higher stake in a company. Prior to acquiring a company, it mandates a ten-day window of disclosing suchlike individual, passive stakes. Not unlike 2018, Musk faces persecution from the SEC yet again, because it took him longer than twenty days to disclose his 9.2% Twitter stake.

On May 13th, Musk cast doubt on the deal as he tweeted that it was on hold, to later follow up that the deal would commence. He claimed that the information from Twitter on the number of bots was lacking. Twitter has consistently reported and disclosed the number of spam and fake accounts but failed to disclose the impact they have on the platform. Speculation was fueled that Musk was trying to rework the deal to decrease the price or to substantiate backing out. Yet, Musk waived due diligence during negotiations. If he were trying to rework the deal, the number of spam accounts would be insufficient leverage.

The cryptic tweets from the CEO could suggest an attempt to negotiate a lower sale price, as Twitter shares have decreased by more than 25% since the end of April. A lower share price is advantageous for Musk, as he could offload less Tesla stocks than at first. Speculation also involves Musk’s wish to entirely walk away from the deal. He can rightfully do so if he can prove that Twitter’s business has significantly deteriorated. Even if this is the case  he still has to pay  a $1 billion break-up fee.

Research firm CreditSights estimates that if the deal is signed under the current terms, Twitter’s debt interest payments will increase from $51 million to $900 million. This would also perpetuate the worrying on behalf of Tesla’s investors of the CEO’s focus. Amid Musk’s commotion, Hindenburg Research, an investment research firm that is focused on short-selling, announced their view that the Twitter deal will get repriced at a lower price. The break-up fee of $1 billion is discarded as an easy way out. Break-up fees are normally 1% to 3% of a deal’s value, according to Investopedia and the $1 billion is a fraction of Musk’s bid. The contract clauses make it more difficult to back out than the charge seems. Drivers for Hindenburg’s short-selling stance are as followed:

All in all, Musk continues Twitter’s history of unique leadership styles. The commotion displays Musk’s inventive way of exhausting the platform to drive the share price down, to his advantage. Meanwhile, the commotion is in spite of Tesla shares, which is a large chunk of Musk’s wealth. If he succeeds in the acquisition, the question remains to what extent he can realize his aspirational, virtual space for free speech.