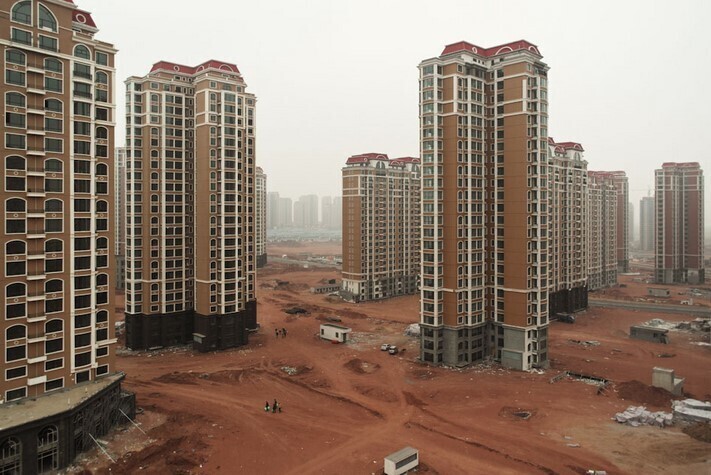 Last year, many articles discussed where the next crisis would come from, some say they see it coming from massive capital injections from central banks while others fear another coronavirus episode. Among these many voices, you might have heard about Evergrande, China’s real-estate titan, which defaulted on its debt payment on December 10, 2021 (not so long ago!). The fall of the giant could be as massive as Lehman brothers’, as the financial times put it, and the repercussions of its crumble could profoundly hurt China’s economy, hence the world economy. In this article we will try to explain the environment which led to this ludicrous situation, the current situation, and the impact if Evergrande was to finally collapse.
First, it is very important to understand the ecosystem that led to the Evergrande Situation, as the chinese developer is only a great example of what is happening to many real-estate developers of the middle kingdom.

In the last decades, China’s economy has been developing at an extraordinary rate, climbing from the 7th economic power in 1980 to the 2nd one in 2021, representing more than 15% of the world GDP. Amidst this incredible growth, a large share of the population came from the countryside to live in the giant cities where the standards of living were much higher. The increase in urban population created a strong demand for real-estate, this is where many of the current real-estate firms began to grow. The middle kingdom, with one of the largest populations in the world, was always in need of new, modern, apartments, houses, cities, etc... Before 1998, every Chinese citizen that would come to live in a city would get an apartment from the government for a ridiculously low price, while the government ordered new real- estate projects from the developers. This made real-estate grow immensely, to currently represent almost 30% of China’s GDP (usually real-estate represents 10- 20% of a developed nation’s GDP).

Developers assumed that the need for housing could only increase, and at rapid rates.
This encouraged them to aggressively borrow to buy land from local governments in order to start real-estate projects. On the other hand, as selling land is very profitable, local governments did nothing to stop this process. According to CKGSB, a chinese business school, land-selling accounted for 35% of local governments budget in 2013. Moreover, as local governments have been imposed strict growth targets, this encouraged them to sell more land to create construction projects and inflate their growth numbers, at the risk of creating ghost towns.
Mix everything together, and you have developers aggressively buying land at inflated prices to start construction projects for which there is no demand, and local governments virtually forced to continue to sell land to keep their current budget and fulfill their growth objectives, a true virtuous circle.

This process led to incredible numbers. In 2020, around 90% of Chinese citizens owned an apartment, while one-fifth of available housing units are empty, equivalent to 65 million empty apartments and houses. To put this in perspective, this is equal to the entire population of France. This resulted in around 50 ghost towns, everywhere in China, some originally planned for a million people.
To slow down the housing market and reassure investors everywhere, the Chinese government announced in 2020 a new policy: “the three red lines” whose goal was
to restrict the amount of debt a company could additionally take on each year. It consists of three financial metrics that developers need to comply with, the less they comply with, the less debt they can take on. The three metrics are: a liability- to-asset ratio (excluding account receivable) of less than 0.7, a cash-to-short-term debt ratio of less than 1 and a net gearing ratio of less than 1.

According to the S&P500, at the time of writing, only 6.3% of developers complied with every red line. The debt that the developers could take on was dictated by a color code. The best, green, meant you complied with each of the three lines and were allowed to grow your debt by 15%. Then Yellow implied that you had broken one of the three lines and were allowed to increase debt by 10%. In the same logic, Orange signified two broken lines and a debt growth limited to 5%. Finally, the worst would be red, where the firm breaks all three lines, these developers are not allowed to take on additional debt.

A year after the implementation of the policy, of the 30 main developers, over a third still crossed at least one line. While in the last trimester of 2021, Evergrande still crossed all three lines. With a debt of over 300 billion dollars (or 3% of China’s GDP), the company is still struggling to settle its bond payments, it aims at complying with the three red lines policy in 2023.

Amidst all this, what is the situation for Evergrande, and what would its failure mean? Well, it's quite bad. From its 300bn in liabilities, the group owes 103bn to suppliers in the building industry. Its collapse would put many out of business and cost many people their jobs. Then, more than 1.6million people already paid or put down a down payment for their home with evergrande and are still waiting on the company. It owes money to more than 170 domestic banks and 121 financial services firms. If the firm were to completely collapse, all these companies could face serious economic pressure. Additionally, the developer owes 20 billion dollars in offshore bonds, meaning the collapse could spread outside of China. Some compare Evergrande to Lehman brothers during the 2008 crisis, its failure could destroy investor confidence and creditors willingness to lend, meaning the whole sector could suffer from Evergrande’s choices. This real-estate developer is just the tip of the iceberg, as it is just the symptom of a seriously indebted real-estate sector, other developers risk default during the year.

Finally, China is set to make difficult decisions in the coming months, should it try to help Evergrande? At the risk of destroying its ideology that no company is “too big to fail '' as it mentioned regularly. So far, the company's stock is down more than 90% from its 2020 level. Investors are angry, and lenders are even angrier. In a country that has been accepting capitalism bits by bits, how should the government handle the situation? Moreover, the problem is not just Evergrande, the whole real-estate industry is on the brink of collapse, and its failure will also reach occidental markets.