Finally, the Flow Traders Investment Competition has started! It has been a slow start – with only 15 investment groups that have actually started the competition. The top position is now held by Mercury with a return of 5.67%. They, however did not manage to beat the market which had a return of 5.90%. On the other side of the competition we have Batavia Vrouwen, they have managed to make a negative return of 1.06%, because they did not take into account that changes in currencies can also lead to returns. To look at the positive side, from here on, the only way is up. Finally, we have five groups that did not find the investment competition important enough to sort out their administration in time, for these groups we have the same message, from here on it can only get better. 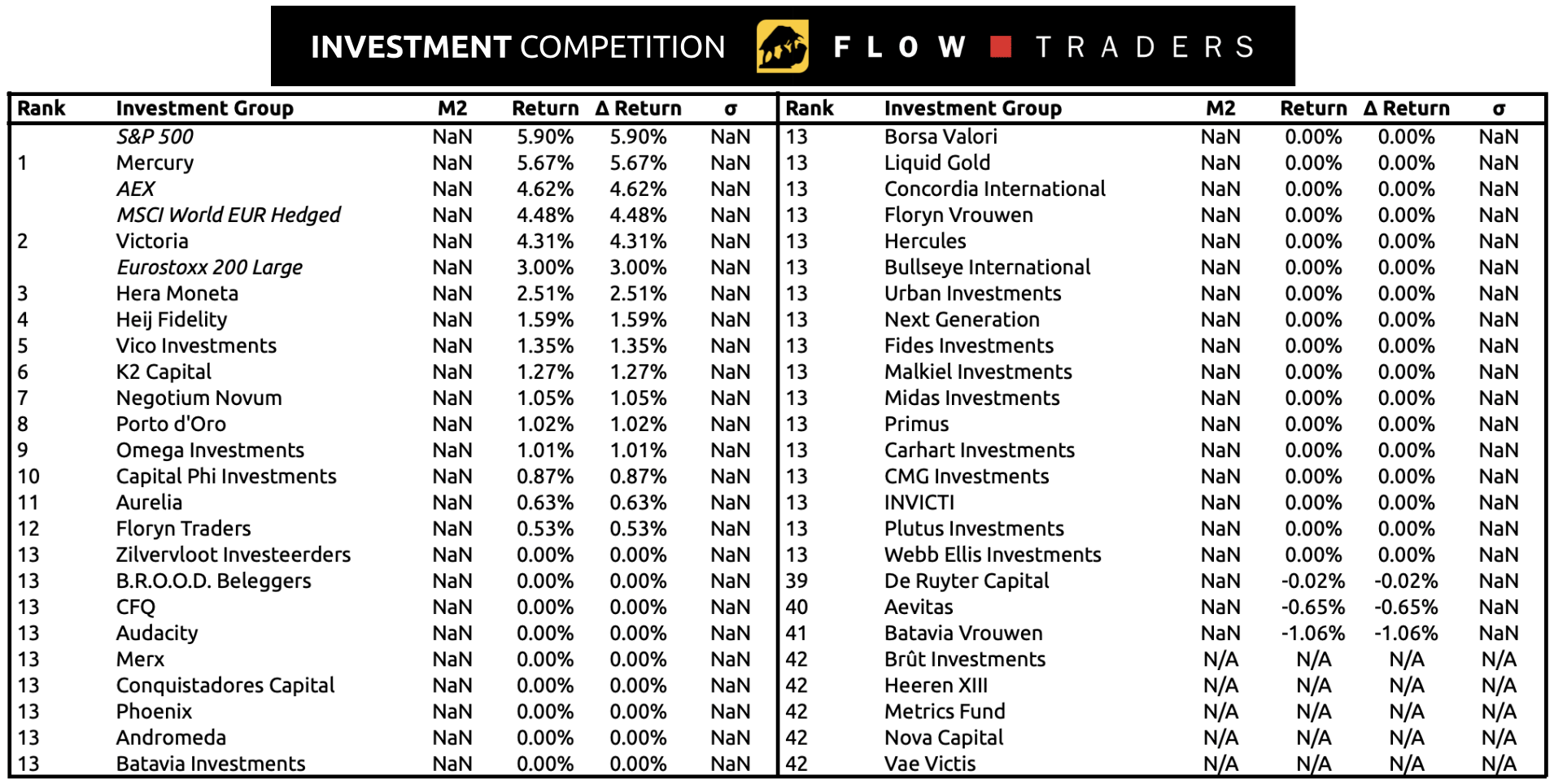