The first week of 2023 looked quite positive for the markets. The S&P500 rose 1.72% and NASDAQ increased 1.94%. The end of 2022 means that economic reports were set to be released. Market reactions show that investors prefer slowing growth and slowing inflation rather than a robust economy. In the US an encouraging jobs report was released, showing that the labor market is still looking positive and that it has remained, even in these financially tough times, resilient. Even though the labor market is looking good, the stocks have moved in the opposite direction. A reason for this might be, that all the news concerning the labor market is interpreted as in what it would mean for the upcoming Fed policy.

The US payroll report that was released last Friday, shows positive signs for investors. The unemployment rate is back to its post-pandemic low and average hourly earnings rose 0.3% indicating a cooling growth in the labor market, and less wage competition over employees. Next to that, the labor participation rate climbed to 62.3%. Reports also show that in the US prices paid are still increasing, however, at the slowest pace since January 2021. This might mean that inflation is finally slowing down.

For Europe the same goes. There are indications that the pace of inflation is slowing down. Resulting in the EUROSTOXX 600 closing 4.6% higher and the FTSE 100 closing 3.3% higher. Official data showed that the inflation in the Eurozone is below 10% for the first time in two months. Furthermore, the recession in the Eurozone is lower than forecasted. The S&P Global’s composite Purchasing Manager’s Index (PMI), an index that measures business activity in the services and manufacturing sectors, was 49.3 while it was expected to be 48.8. Even though, this number beats expectations, it still indicates a contraction in activity.

Since January 1st, 2023, one more country is using the Euro, namely Croatia. Next to joining the Euro, Croatia also joined the Schengen zone, allowing Croatians to travel more easily around Europe. Joining the Euro is a big and long-awaited step for Croatia. It can give the country a safety net in times of financial trouble, and can help the country lower its interest rates, making it more appealing to investors.

For the fourth week Metrics Fund is leading the competition, but Capital Phi is catching up, as their M2 only differ 0.05% this week. Will they be able to hold on to the title, or will Capital Phi take the lead in the competition again? This week we have Liquid Gold rising 26 places, maybe put the liquid gold to the side for a week. Then we have Aevitas,  their name meaning immortality, they were, however, not immortal in the Investment Competition, as they are at the bottom again. 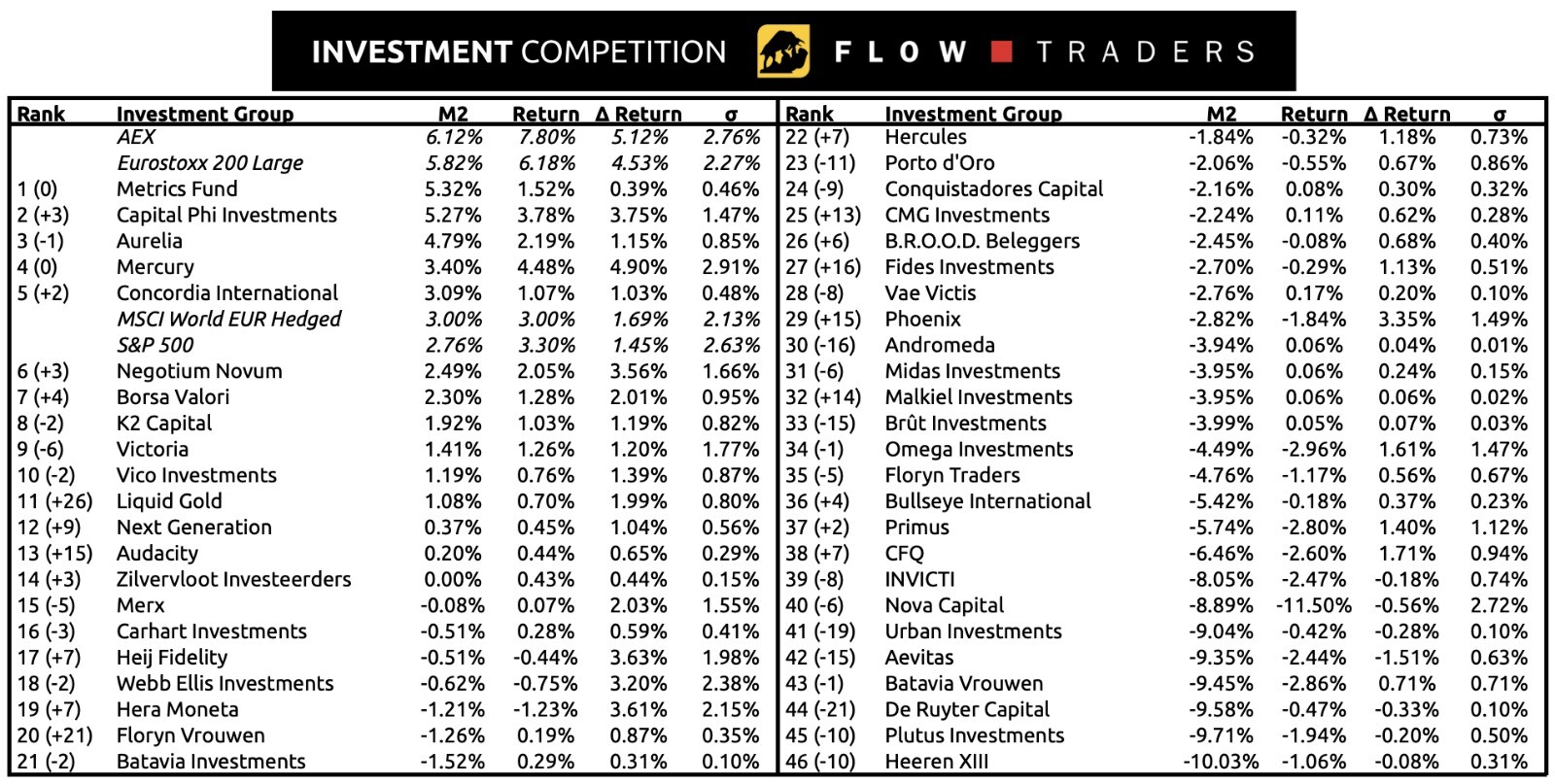