There is good news about US inflation at last. According to the most recent annual CPI statistics, inflation went down to the lowest point on a year-over-year basis. The Federal Reserve is closely following the numbers with means to define their policy in the coming months. We discussed the shift from a 75 to a 50 basis point increase in previous articles. This time it looks like the FED might decrease to an increase of quarter points in the following months. 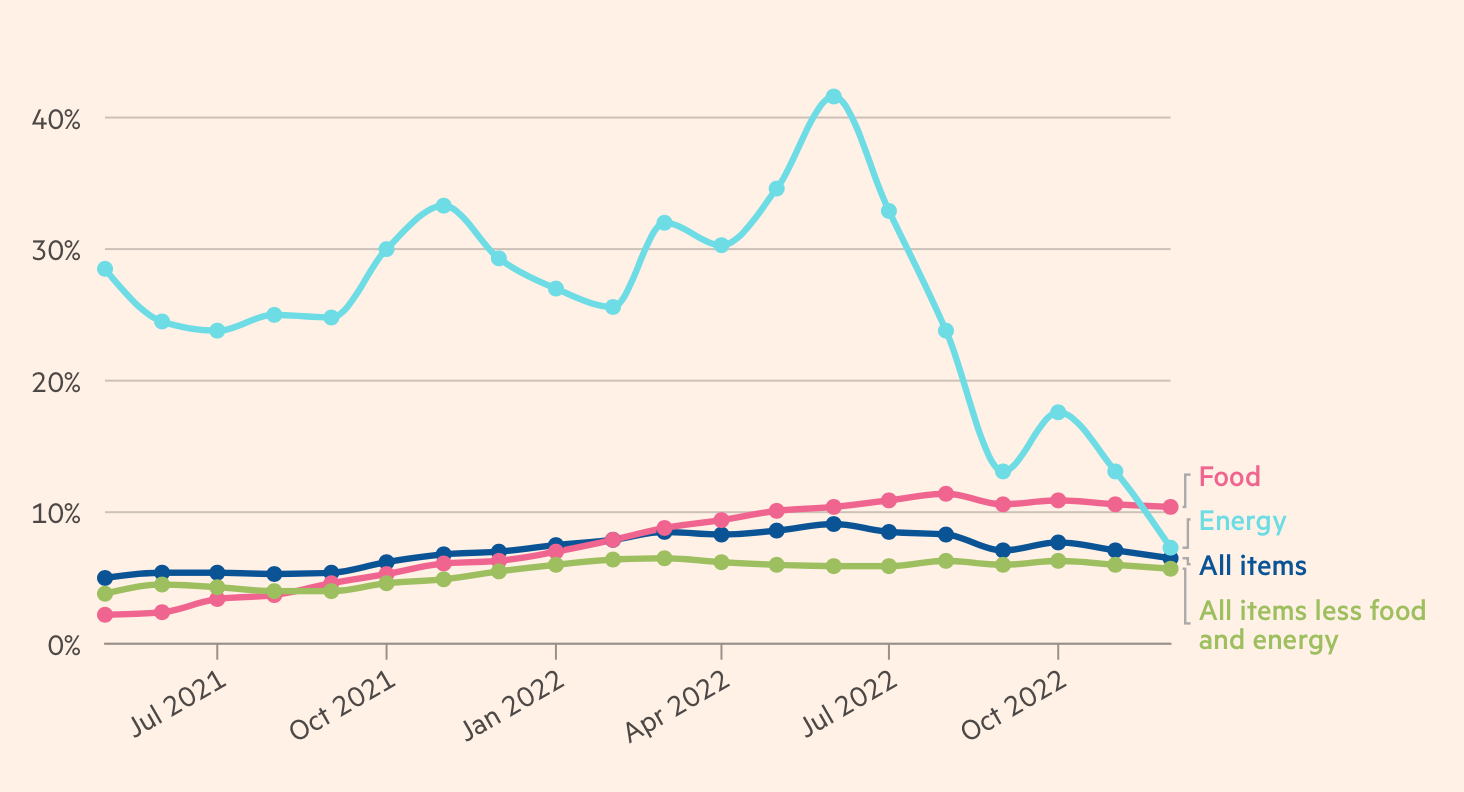 Data from the US Labour Statistics Database clearly shows energy as the primary driver of inflation over the past two years. The recent decline is, of course, thanks to the steep decrease in energy prices, mainly gasoline.

The improving CPI figures also led to blossoms in the fixed-income market. After a year of less attraction by investors amid hawkish policy rates, bonds have finally started catching up. The bond rally started with the unexpected recovery of EU inflation and gained pace after investors saw this was also the case for US inflation. Richard McGuire, a fixed-income strategist at Rabobank, spoke to Financial Times, saying: “Last year was historically bad, but there’s every sign that this one is going to be much better for bond investors. Growth is slowing, inflation is decelerating, and we are confident that the peak in policy rates has already been priced.”

We wrote earlier about the Chinese zero-covid policy. Although the sickness has taken over the country in the past three years, Chinese economic activity is expected to recover soon. There are already signs of improvement with easing worker shortages and higher consumer spending. Although, this rapid opening up could cause price pressures due to higher demand.

After 10 weeks of competition, Metrics Fund still leads the competition with a relatively low standard deviation. Malkiel Investments, B.R.O.O.D. Beleggers and Primus have risen considerably. The same holds for Fides Investments. As they move higher into the mountains for a ski vacation, they rise 17 places in the rankings. Unfortunately, we cannot conclude the same for Batavia Investments. Carhart Investments also performed disappointingly. We see more investment groups beating the benchmark, which we love to see! 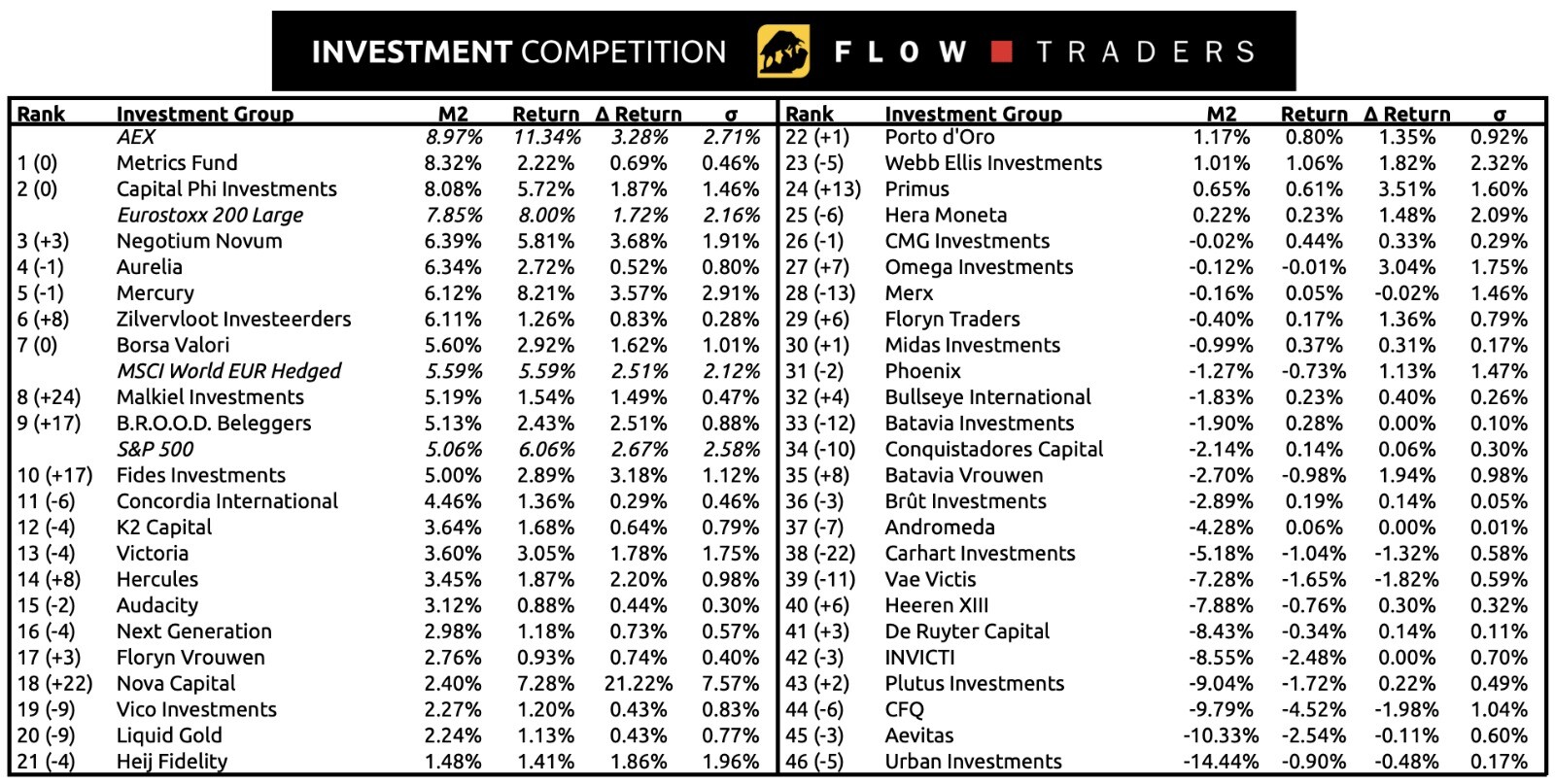