Last week was mostly red on most of the stock exchanges. However, after two really good weeks giving investors a head-start into 2023, it is not surprising some of them started to realize their gains. S&P’s weekly candle closed on Friday only little below its Monday opening, finishing the week at -0.66%. European indices closed the weekly candle on quite a similar note – Stoxx 600 at -0.24% and AEX at -1.38%. What is surprising, is the big divergence between the value and growth – Dow Jones was the biggest loser, closing the week 2.05% below its Monday open price. But here comes the second “leg” of the surprise – Nasdaq 100 not only outperformed every index but closed 2.26% above its Monday opening. Not something that you should necessarily expect if you still are in the soft landing camp.

This week has brought even more interesting data with regard to the worldwide price levels – something we’ve already touched upon in our last week’s update. Whereas the headline inflation in eurozone is staying above the 9% mark, prices actually declined on a MoM basis. Similarly, the U.S. PPIs have declined by 0.5% in December, versus 0.1% of the consensus expectation. While those inflation figures can be perceived as good, in the sense that they relieve some price pressures off the economy, they also show its weakness – this was also confirmed by the hard data, with retail sales declining by 1.1% on a monthly basis in December. Even though this data is a subject to the seasonal adjustments, December is the last month during which retailers would like to see the demand softening.

Finally, all of the Chinese data released last week has positively surprised – in the sense of not being as bad as consensus expectation. Right now, the investors can only sit back and watch whether China will fulfill the enormous expectations that are being placed on their economy rebounding from lockdowns.

The competition finally has a new leader, Capital Phi with a M2 of 7.9%. The biggest climber of this week is Nova Capital, rising 11 places. Then we have the greatest decline of the week Aurelia, dropping 22 places. Also notable about this week is that finally Batavia Vrouwen is rising in the competition and even overtook their male counterparts. 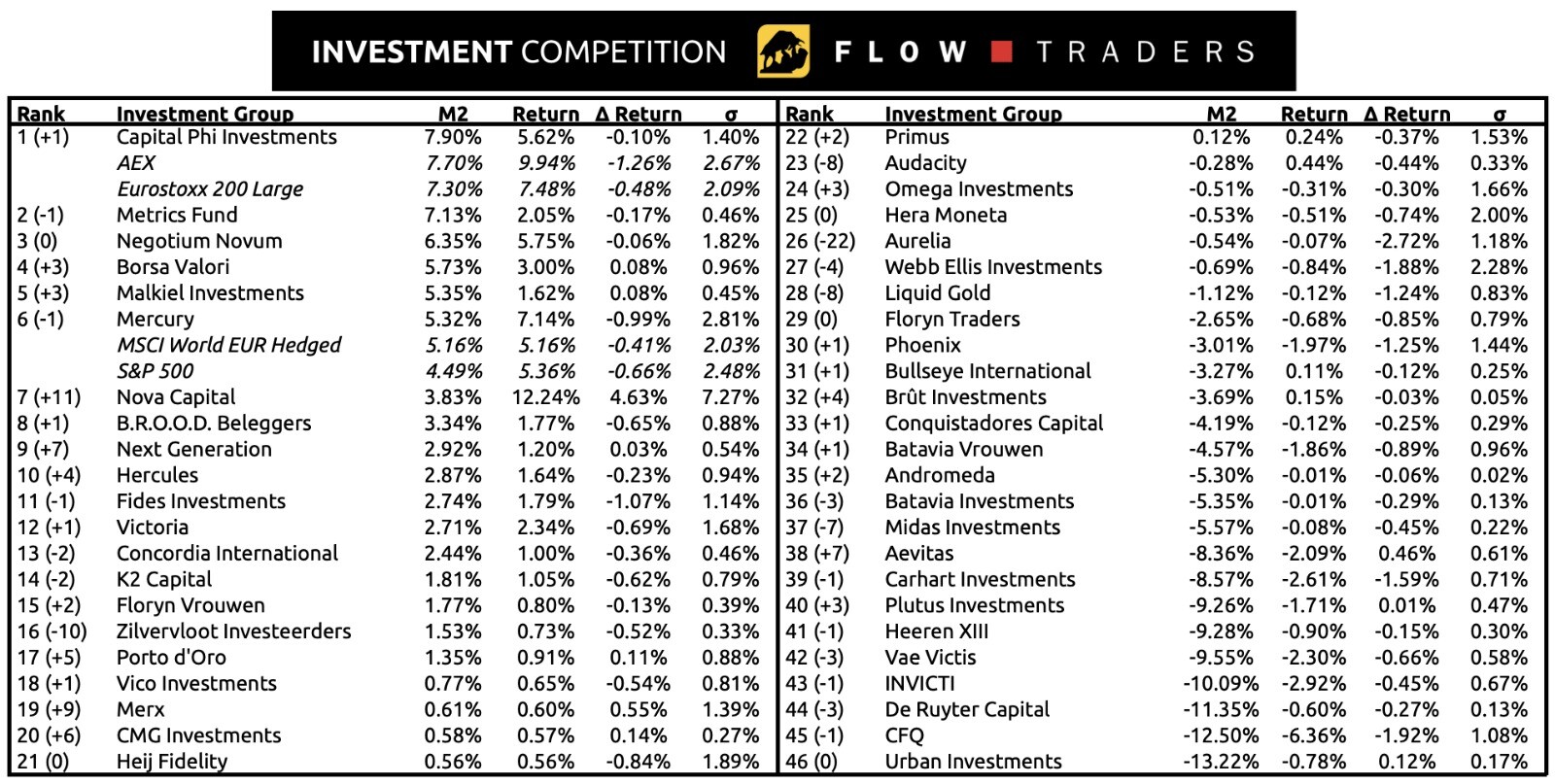