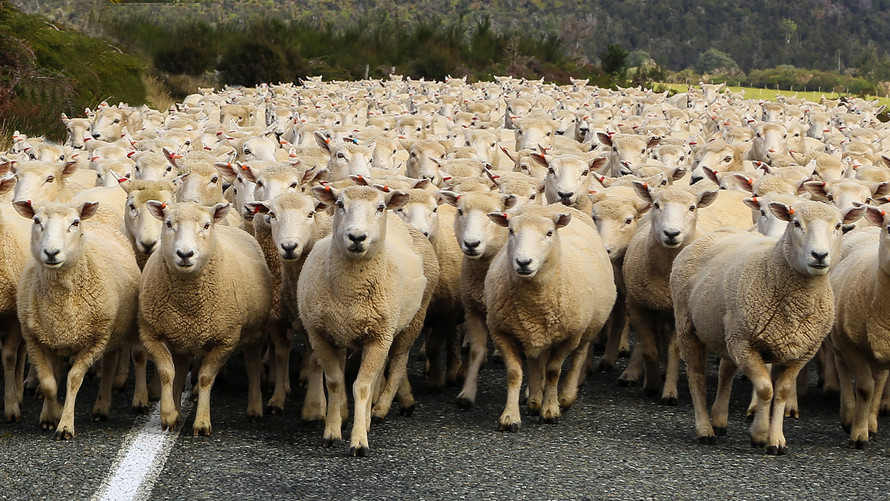 In this article about investing psychology, we will take a look at the herd instinct. Also called herding behavior, it is the tendency of investors to follow what they believe others are doing. They will trade securities not based on their own analysis, but just on the fact that others are trading it. This behavior is in a way quite similar to the behavior sheep exhibit. When one sheep jumps off a cliff, the rest will likely follow. Hence is why this investor behavior is dubbed the name “herd instinct” or “herd behavior”. Behavioral finance theory suggests that herd behavior is the result of FOMO, which was discussed in an in-depth article earlier this year, as people want to buy in together with others, in order not to feel left out.

The problem of herd instinct is that it destabilizes the markets and makes the financial system more fragile. Investors behaving according to the description of herd instinct can cause phenomena in the market like panic buying and panic selling. A prime example was the widely cited dot-com bubble of the late ‘90s that both formed and popped quickly. Herd behavior is also said to be apparent in forex markets, where only a few currency pairs account for most of the total trading volume. A few technical traders use TA or technical analysis to spot entry and exit points, and many other traders follow to reinforce the trend.

The name ‘herd instinct’ obviously is derived from the behavior of animals living in herds, sheep being one example. Sheep follow the herd for multiple reasons. Firstly, they are very social animals. They like company and being alone isn’t their thing. The most important reason however for them to stick together, is because it’s the only form of protection they have against predators. A wolf can only attack one sheep at a time, so being in a large group increases the sheep’s chance of survival.

So, for sheep, there is a clear use case for herding behavior. But is there for investors too? It turns out there might be. New investors with no experience in doing due diligence and security analysis can use herding behavior to benefit from the work of others. An example would be the mentioned case of the forex markets, where investors follow the results of technical analysis from other investors. Passively investing in index funds is also an example, where investors effortlessly profit from the whole market’s performance. In addition to that, herd instinct can also prevent large losses. Sometimes, selling when everyone is selling is better than remaining invested and being a bag holder.

What should you ultimately take away from this article? You’ve most likely heard this many times before, but: do your own research. When investing in equities, for example, many people base their decisions on analyst recommendations or even gurus on platforms like StockTwits. However, in order not to fall victim to the bias of herd behavior, it is essential to research a company’s operations and financials by yourself. The problem is that herd behavior is a bias that is part of human nature: we want to be part of a crowd. Keeping these points in the back of your head should help you to mitigate this bias.